As mentioned elsewhere I purchased an "optoma" brand projector for a variety of reasons, ..then having used it successfully for several halloweens purchased another for my daughters 7th birthday for her bedroom ..& to utilise at Halloween obviously.
My projector is an older model bought via ebay the "OPTOMA EX530" ..a reason for this was the fact that Optoma hold a very good position within the uk & worldwide for quality, price, & cheap bulbs, compared with other brands that may initially appear to be a deal.
They have a uk distributon & service centre, you get to speak to knowledgeable staff, & are quick to despatch spares should you require a replacement bulb filter or the like.
DLP projectors tend to display dark colours with greater clarity than LCD alternatives, my personal preference also as I don't find the occasional; rainbow effect an annoyance, (the first overblown war of words between the two popular tech types, akin to MAC vs PC arguments).
Boxed & complete with only 6 hrs on it from new cost me £137 from a delightful genuine seller, it was all in the description & ending time that made me bid on this unit which i'd been looking at for 6 months prior.

Izzy's projector is also an Optoma, albeit a dedicated kid's version, complete with low wattage consumption of around 25 watts in operation she enjoys choosing from her hundreds of films & playing her wii on a big screen (around 75 inch projection) it comes complete with an inbuilt speaker which on the whole is enough for a child.
This was her "large" birthday present for 2011 with money she received as presents to pay for it, as we explained to her at the time when giving her birthday present options, fads come & go, you will be watching films for the rest of your life! ..she saw the point, this was £100 well spent, it gets used most days, in fact we plug her mp3 player in for bedtime stories & music, it's more efficient in terms of electricity consumption (by around 75%) than using her Xbox & t.v. combo for the same purpose.

Hers is a lower lumens output than dad's however used in the correct context it's a marvel, once we've blacked out the window completely her projector comes into it's own, we also have taken it on holiday with us or when visiting friends in order to have some peace whilst the latest pixar animation is projected onto a light wall...as far away from we adults as possible.
A very under-rated projector, part of a new bred of led which will improve over coming years hopefully replacing tungsten lamps complete with their incredibly high wattage
This projectors consumption is around 1/8th of mine, can be left on for many hours without getting remotely warm. 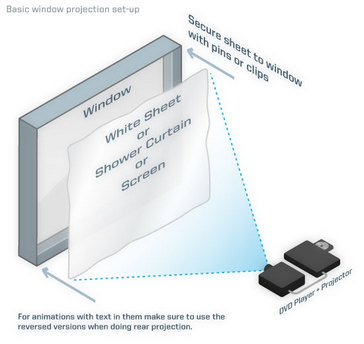 We use an old white sheet for our window screen to play from inside to the outside in revers mode so the phrases appear correct for those on the outside..
duct tape, drawing pins, bulldog clips, this is for a temporary set up so get creative.
Also remember if your animation has a soundtrack (like both Hallowindows & big scream tv ) you need your projector set far enough back to fill the window to best effect, however you may find you need audio cable extenders, so prepare in advance a few nights before.

Being an ex speaker engineer, sound matters to me, these work well with my projector delivering a sound I can live with & enjoy films.
For Hallowindows set up these micro sats sit just outside the window on the window ledge, "white on white" so there's minimal distraction in the dark as it all blends..
The sub stays inside on the floor & is cranked up.. enough for your typical home haunt without annoying the neighbours or deafening yourself in the process.
This plugs straight into the back of my Optoma ex530 projector, so set up is around 15 minutes in total to get an animation complete with sound rolling, including hooking up a projection screen to shine through a reverse image.

With a good dvd animation loop an lcd screen placed in a window slightly shrouded with dark material around the edges & having played with the contrast & colour a little to mute all but the actual animation can blow visitors away.
Whilst I buy the Hallowindows series (region free) dvds each year, you can actually download segments for a few dollars via paypal payment service.
We tend to use a creepy eye in an upstairs window which on a portable tv adds another point of interest with minimal effort to your haunt setting (ready to roll within 5 minutes, ..it's that easy)
See hallowindows.com for the full lowdown on how to set up projectors & television effects. 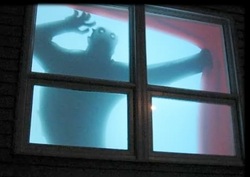 So good it made me go behind my wife's back to buy the projector..
Mark Gervais (ably assisted by his friend Dewy) have changed home haunts the way the wright brothers changed flight ...seriously.
Amongst Halloweeners this is affordable & accesible, mark pulls out a new Hallowindows every season, it can get fraught as release & despatch is often in the month of October itself... I have 3 of his dvds to date, they are region free, play in my xbox, computer & the like, there are plenty of extras on each disk, so in theory you can join all of them together & run on a long loop that will have your trick or treaters spellbound & shrieking in the same breath, not nasty, just spooky, ....LOT'S of fun ....get it!

You can even download (for a fee) portions which you may simply wish to use on an lcd tv in the window our favourite is the "eye"  for an extra window animation not requiring a projector.

Copy & paste this link into your browser... it go's straight into a trailer, so sound up, ..sit back & enjoy  http://www.hallowindow.com/ 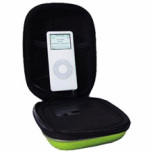 I'm a big fan of grabbing those old mp3 players, or a spare mobile phone that plays music to create individual sound stage areas rather than one blaring soundtrack, therefore i'll typically locate something by the door (no mains) & another just off the kerbside, the absence of trailing cables is obviously far safer for you & any visitors.
obviously an mp3 player is small & self contained, can be easily hidden...
For speaker sound, having chosen my loop & stuck it on repeat, waterproofed the electronics by simple means such as a clipseal bag to keep the worst weather at bay I will use my trusty NXT mp3 flatspeaker case.

NXT rocks, whilst it's not bass heavy it delivers via 2x AAA batteries a nights sound to add effect wherever needed, listen to your track loop in the area you want to create an effect, & adjust the volume so it is loud enough to hear as you appraoch but not deafen or distort, so there are definitive sound zones on your property frontage, or "garden-wired" temporarily up onto the branch of a tree that folk pass under for example.
my preference is the TDK Imaspeaker Speaker Case & CD Wallet often found cheaply via ebay & amazon, though just google NXT speaker mp3 case if in doubt, can be had for as little as £5 delivered! ..perhaps simply download the original "addams family theme" stick it on a loop & have fun, or perhaps add sound effects to a simple prop, with a few minutes thought you've upped the ante of your spot as "coolest halloween house on the street".
..just don't think of blasting motorhead out on these they're not designed for the heavy stuff! ..kept in perspective these work amazingly well, plus they're good for music . audiobooks on the beach or in your backpack whilst travelling... try one, mines in excess of 5 yrs old a fine investment & cheap! ..just the way we like it. 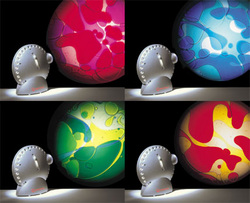 A firm favourite which we have used in our daughters bedroom since birth, low voltage diffused light warms up a slowly rotating oil wheel slide blending the colours, forming interesting patterns, can be played onto walls & ceilings, the image is capable of a larger size than mathmos state is possible.

copy & paste this link into your browser to view the space projector page.
http://www.mathmos.com/mathmos-space-projector-o-see-it-work-1554-0.html


The space projector has been around since around 1995 & is a coveted item amongst mathmos owners, it was the new firms first real outward move beyond the traditional lava lamp so many love!an interesting wall or ceiling feature regardless of whether it's halloween or not.

Additional Lighting 1 (..not scrabbling around in the dark!  "Apollo lantern" 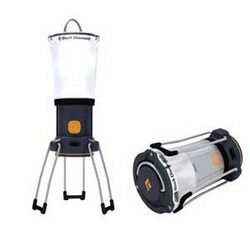 Pretty important & easily forgotton, IF you are setting things up for halloween,, things need checking, fixing, filling (like smoke machines) tieing up (no, not the neighbours kids)
So I recommend quality kit (helps batteries last for starters, comfort factor & use for the rest of the year)
My mainstay is the apollo lamp / lantern from Black diamond, stable, can be hung from allsorts, dimmable.

we use this the rest of the year too  for BBQ's power outs, camping, & it even gets borrowed for christmas carolling as it illuminates plenty for carolers to sing by!

As of 2011 theres a new more powerful 80+ lumen version, mine are the older 56 lumen led lamps, & the throw is stupendous. 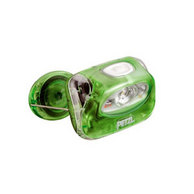 Picture the scene, you are bumping around in the dark ....literally.
sometimes light between fast approaching visitors is essential,  even momentarily, ..(to find that can of beer)!?
So we tend to use petzls of differing models, the zipka (pictured) is incredibly handy, very diminuitive it has a retractable "cord" headfitting, which can be wound round sonthing to point light for effect or to make a repair if you are already wearing a mask & can't physically wear it there & then.
it's small size allows it to slip effortlessly into your pocket.
runs on 3 x AAA batteries. 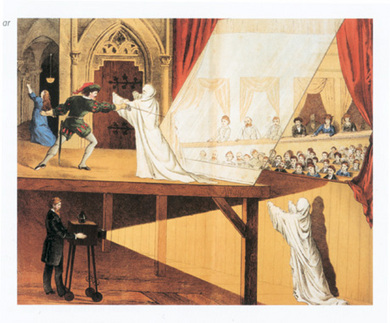 To get the gist of peppers ghost have a look on wikipedia, then read on..
Prior to purchasing a projector this provided a hologram effect in the front room for all to see, though it works better if the visitors access is strictly limited to "front on viewing" lest the image deteriorate as they move around the side.
For this my very patient wife allowed me to pull a 32" lcd tv off the wall for a few nights, place it screen up raised on a chair (airflow at all times for the electronics & prevent a fire hazard).

Take 1 dedicated halloween animation dvd such as "big screamtv.com" available on ebay towards the halloween season around £8.

A large perspex sheet (costing £12 ..cheaper than alot of halloween schmutter for the end result) from a good diy store chain balanced one evening (NOT DAY, this needs a good 30 mins set up & test time after dark) balanced at roughly 90 degrees to the screen in order to project the image as a reflection appearing suspended in mid air, or with a prop to enhance & create a focal point.
I balanced the large clear styrene sheet with bamboo canes on the edges & housebricks I luckily had to hand.
Take a feed off the tv for speaker sound to be placed outside the window rather than wrecking your tv's inbuilt speakers.


Below is a rather cheesy you-tube video for big-scream, stick with it though & you'll understand perfectly one aspect of "Peppers Ghost" trick these dvd's were my first foray into halloween animation & despite what you may think of them stand out on the night amongst all the regular decorations children tend to experience.
There are other dvd's on the market however this is cheap & it works!
If you've ever seen a politician reading his "heartfelt script" standing on a podium with a sheet of glass in front of him, then you've witnessed "peppers ghost" in effect!

Copy & paste the following link into your browser for a very concise explanation & set up on a professional home haunt scale, what I use is merely a simplified version. http://classic-web.archive.org/web/20080217041609/www.phantasmechanics.com/pepper.html
Daughters GT /PT 100 projector video presentation..